The Impulse of Life that is You! 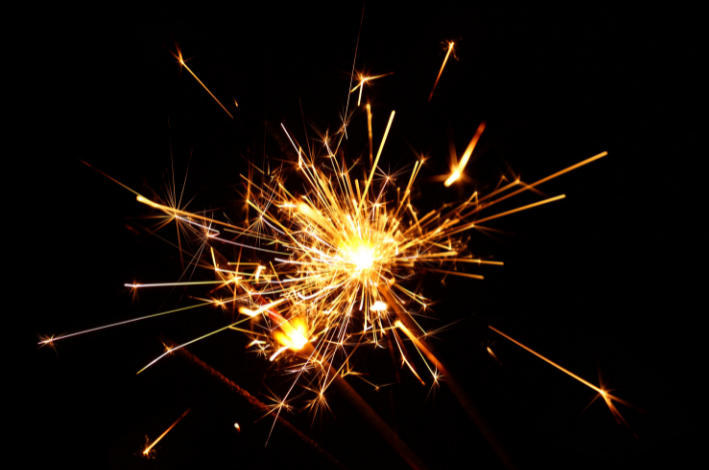 I had a life-changing, perspective-changing experience in meditation one day about a year ago. In my meditative state, I had the felt sense of being a fetus in utero. I was that baby, floating peacefully in a dark space. It was wild! And it got wilder…

I then experienced being a tiny embryo. My awareness was inside a body the size of a bean. I wasn’t aware of much, but I was feeling myself getting smaller in smaller, going back in time.

Next, I became the first two cells that split after the sperm and egg merged. It was surreal, to say the least, to inhabit but two cells, having no idea I was about to become a complex human. 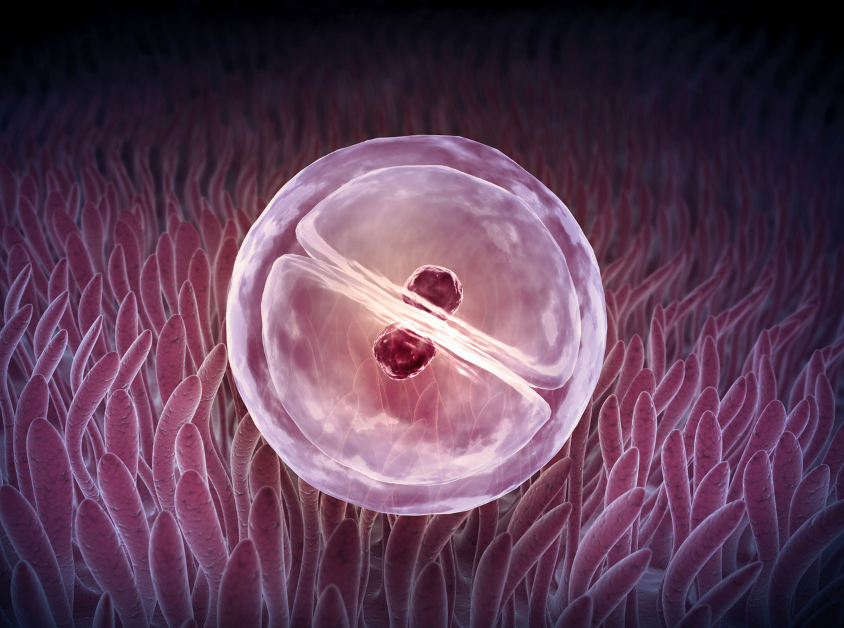 Finally, I was the very impulse of life, the split second before the sperm and egg came together. I became aware of being the invisible force that ultimately united egg and sperm. At that fleeting moment where there is nothing but potential, I felt life’s undeniable urge to become something–to create life.

This spark of inspiration came before anything even happened. I experienced being the something that comes before the seeds themselves. If it weren’t for this impulse for life to begin again, that sperm and that egg would have never met. 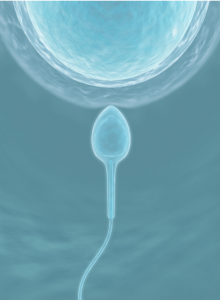 That spark was about to set off a chain of actions that would recklessly catapult themselves into the process of making a human who would learn and grow as me. In that meditative state, I knew deeply that if, from that moment on, I could keep my ego/fear/controlling self out of the way, this divine spark had all the potential for me to unfold as an authentic, natural expression of life.

While still in meditation, I got the image of a daffodil, as an example of this intelligent impulse as though it was helping me understand through metaphor. The daffodil came from its own source of life’s impulse—to become the exact daffodil life wanted to express itself as. It wasn’t meant to be any more or less yellow than it was designed to be, and it certainly wasn’t meant to be a tulip. It was compelled to be the exact daffodil that I saw in front of me, no more, no less. And, in response to the environment it grew in, it would become a certain height and bloom and wither on the exact right days of its life cycle. 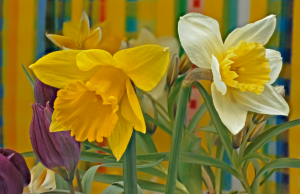 It would seem silly to condemn or judge the daffodil for not being taller or for blooming too late, much less talking about it behind its back for not being a day lily or some such thing. But that’s exactly what we do to ourselves and each other as humans growing up with the noise of cultural expectations buzzing in our ears from our earliest days. 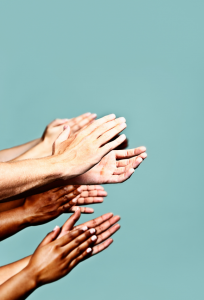 Culture (and parents) reward easy babies, early walkers, preschoolers who share nicely, school-age kids who love to read or are good at sports, and teenagers who are ambitious and (relatively) responsible or who share the interests and goals of their families

Not surprisingly, we all grow up with the conclusion that are right and wrong ways to be a human.

What would it be like if we were raised in a world where our natural impulses to be active or kind or curious, introverted, irreverent or generous, into sports or science or theater encouraged? If we were told that the highest authority worth following were those internal, authentic pulls we felt toward certain things and that our inclinations were the most important forces to listen to?

Many of us might have loud resistance to this idea—but can I really be trusted?

Trusted to do what?

What if my nature is lazy or mean or selfish?

This becomes an issue of self-trust rather than there being an actual risk of us being bad instead of good, worthless instead of valuable?

It seems that what gets taken from us at birth by our culture is the ability and wisdom of trusting ourselves. The messages to be a certain way have imbedded in them the message that you don’t know how to be unless we teach you.

We don’t trust ourselves to be ourselves so we aren’t. And that’s really painful. I would even go so far as to argue that most of our ‘bad behavior’ that we point to as evidence that we aren’t to be trusted with our own sense of self, comes from living in a world where we believe we have to shove some parts of ourselves away from public viewing. Those parts don’t go down without a fight, and their real opponent is… ourselves.

How do we even get to the starting line with this? Anytime trust is broken, we have the option of giving up on the relationship or committing to re-building trust if it feels worth it to us.

Does it feel worth it to learn to trust yourself to be yourself—trust that life impulse that wants to express itself as you?

If mistrusting yourself has led you to feel disconnected, not truly connected in your relationships, trapped in unfulfillment, lonely, scared, stressed, anxious, depressed or other chronic states of unease, maybe there’s some motivation to try something new.

If we can imagine a sense of the freedom we could have if we were more authentic, maybe we really want to re-learn to trust ourselves.

If we’ve trusted ourselves in certain situations and good things came of that, maybe we could be more dedicated to this path.

Once we get curious about this idea of authenticity and trusting ourselves to be who we are driven to be, the work begins.

In the meantime, we can appreciate the daffodils for being daffodils, the aspens for being aspens and the pigeons for being their unique pigeon selves. I sometimes watch flocks of birds to look for the differences between them to remind me that even amongst creatures who seem identical, there are shy ones and ornery ones, curious ones and lethargic ones who do their thing, seemingly without the burden of judging each other or themselves for their natures. 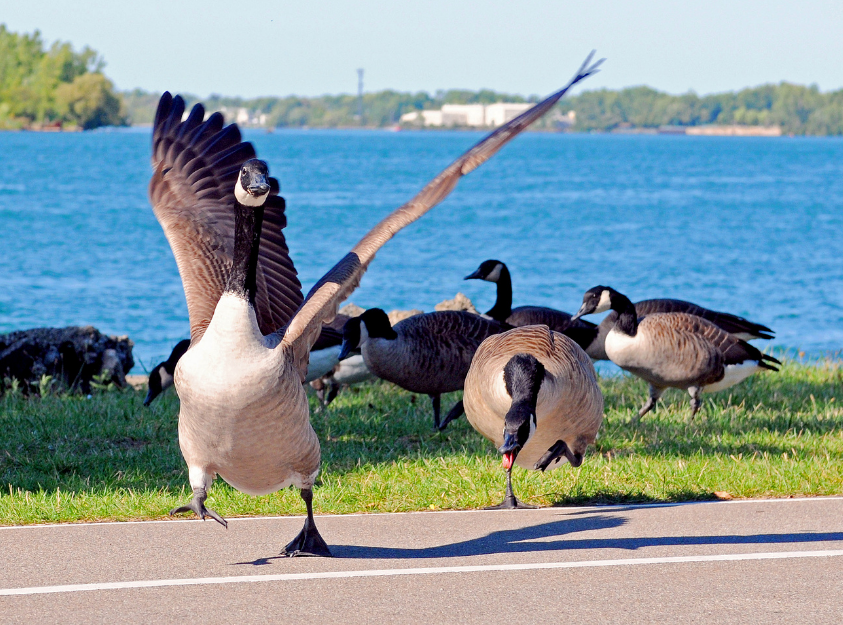 “Should” is a Four-Letter Word

‘Should’ is the only word we shouldn’t say. How do I say that better? ‘Should’ is a terrible decision-making guide. ‘Should’ is potentially the most destructive word in the English language. That’s saying something, and I’m happy to be challenged on that one!We use...

END_OF_DOCUMENT_TOKEN_TO_BE_REPLACED 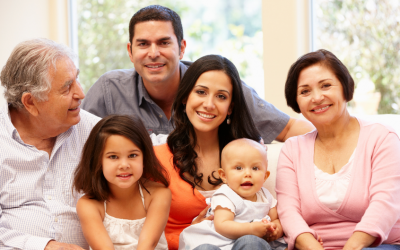 What Developmental Stage Are You In?

​Infancy, toddlerhood, school age, pre-adolescence, adolescence--all these developmental stages look crazy different from each other. In each of them, we have different needs, motivations, interests, attitudes, emotions, and cognitive abilities. But our development...

END_OF_DOCUMENT_TOKEN_TO_BE_REPLACED 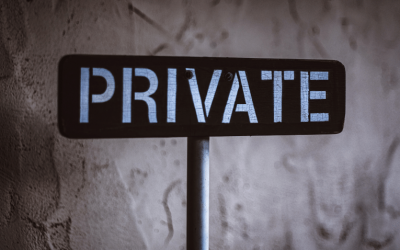 Do Therapists Get to Post About Their Personal Lives?

​My own fears have kept me from writing about some of the most transformative years of my life. About seven years ago, unbeknownst to me at the time, I started busting out of a cocoon of self-hatred and self-denial. But I’ve kept myself from writing publicly about...

END_OF_DOCUMENT_TOKEN_TO_BE_REPLACED

Stay Connected With Me!